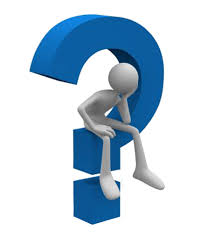 Have you ever asked that question?  It might be in the context of wondering why something bad has happened to you in any given situation.  Maybe you have had a friend confide in you and ask why God would allow such a thing to happen.  We often don’t have good answers for such questions.  When a loved one suddenly dies, it is difficult to see any good that can come from the situation.  I admit, when major things and even little things don’t go the way I had planned, the thought often wants to creep into my mind.  What about you, have you ever asked God, why?

Then the Lord spoke to Job out of the storm. He said:  “Who is this that obscures my plans with words without knowledge?”  Job 38:1-2

I have spoken to a few war veterans over the years and often, deep down, this is one question they struggle to answer.  If a good friend of theirs lost their life in the war and they were spared, the question of why they remain is not an easy one to answer.  A parent who loses a child may ask the same thing, and often would rather have given up their own life in place of them.  It is often our tendency to somehow assume that some of these people deserve the tragedies that befall them, that they are somehow cursed by God to satisfy the curiosity of why?  People asked Jesus the same question.

Or those eighteen who died when the tower in Siloam fell on them—do you think they were more guilty than all the others living in Jerusalem?   I tell you, no! But unless you repent, you too will all perish.  Luke 13:4-5

Have you ever said the same thing in the opposite situation?  The other side of the coin is to ask the same question when you feel blessed beyond what you deserve.  If you are a Christian, you most likely have experienced this the first time you understood the full depth of forgiveness offered to you by God in Christ’s sacrifice.  Even when you revisit this reality, it humbles you to the core and you realize you don’t deserve anything, and are grateful for the life you have, no matter how good or bad.  This sentiment has often been expressed through words of thanks and even in popular songs over the years.  When is the last time you asked ‘why me’ with a heart of gratitude?

Give thanks to the Lord, for he is good;  his love endures forever.  Psalm 118:1

As I heard someone state earlier this week ‘the only offering we bring to God is our sin.’  The only thing any of us deserve is death, and it is only through Christ’s sacrifice that we are given anything more than that.  Though we often fail to grasp the measure of this contrast, when we seek God, He often gives us a glimpse of it and it should always bring us to a place of humility.  The measure of his love and grace should always leave us in awe and then call us to action.  Would anything less than acting in love be an appropriate response?

But he said to me, “My grace is sufficient for you, for my power is made perfect in weakness.” Therefore I will boast all the more gladly about my weaknesses, so that Christ’s power may rest on me.  2 Corinthians 12:9